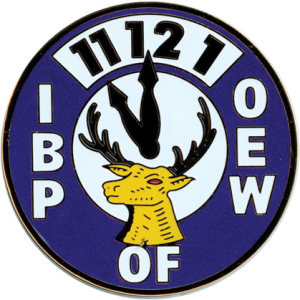 Hamilton F. Johnson, 63, Johnstown, died July 6, 2020. Born October 16, 1956 in Johnstown, son of the late Theodore, Sr. and Adranna (Stephens) Johnson. Survived by siblings, Theodore, Jr. and Karen Cook, and nieces and nephews. Hamilton graduated from Ferndale Area High School in 1975. He also attended the technical school, Hiram G. Andrews where he studied retail sales. He worked at the family owned gasoline and repair shop for many years, as well as, working at the Blind Association for 20 years. Hamilton followed in his father's footsteps and became an Elk Brother in 1978. He worked very hard during his years as a full member of IBPOEW Lodge 371. His accomplishments include, Esquire, Inner Guard, Lecturing Knight, Leading Knight, and worked on house committee. He attended many Elk conventions while being a member of the Steel City Co. #8 for 30 years serving as Left Antler, Past State President, and Past Grand Exalted Ruler. Additionally, Hamilton was a mason for over 20 years, serving in Conemaugh Valley Lodge #10 as Jr. Warden, Worshipful Master, both Jr. and Sr. Deacon, and he was a member of the MTN Consistory 32 Degree. There will be no public viewing. A memorial service will be announced and held at a later date. John Henderson Company Funeral Home is serving the Johnson family.

To send flowers to the family or plant a tree in memory of Hamilton Johnson, please visit our floral store.

You can still show your support by sending flowers directly to the family, or by planting a memorial tree in the memory of Hamilton Johnson